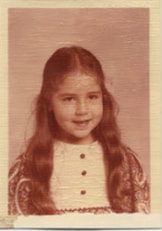 The first book I ever read was the Little Golden Book Good-bye, Tonsils, given to me when I was four years old after a tonsillectomy. My favorite word was the name of the physician in the story: Dr. Constantinople. Mastering that exotic moniker was the beginning of my obsession with words of all syllables.

My first written piece I felt was worthy of our refrigerator was a poem about another body part,
the heart, that I wrote in 6th grade. Later, while earning my B.S. in Mass Communication at Emerson College in Boston, I stopped writing about body parts, opting instead for advertising copywriting
​and children's writing.
​
​My first “real” job was advertising copywriter. Then I headed to the Walt Disney Company where I got to play in the Hundred
Acre Wood among other beloved animated realms. A couple jobs and freelance gigs later, my collection of work ​includes storybooks, novelty & gift books, scripts, style guides, and print and broadcast ad campaigns. 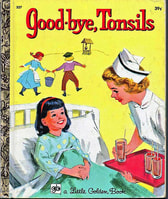